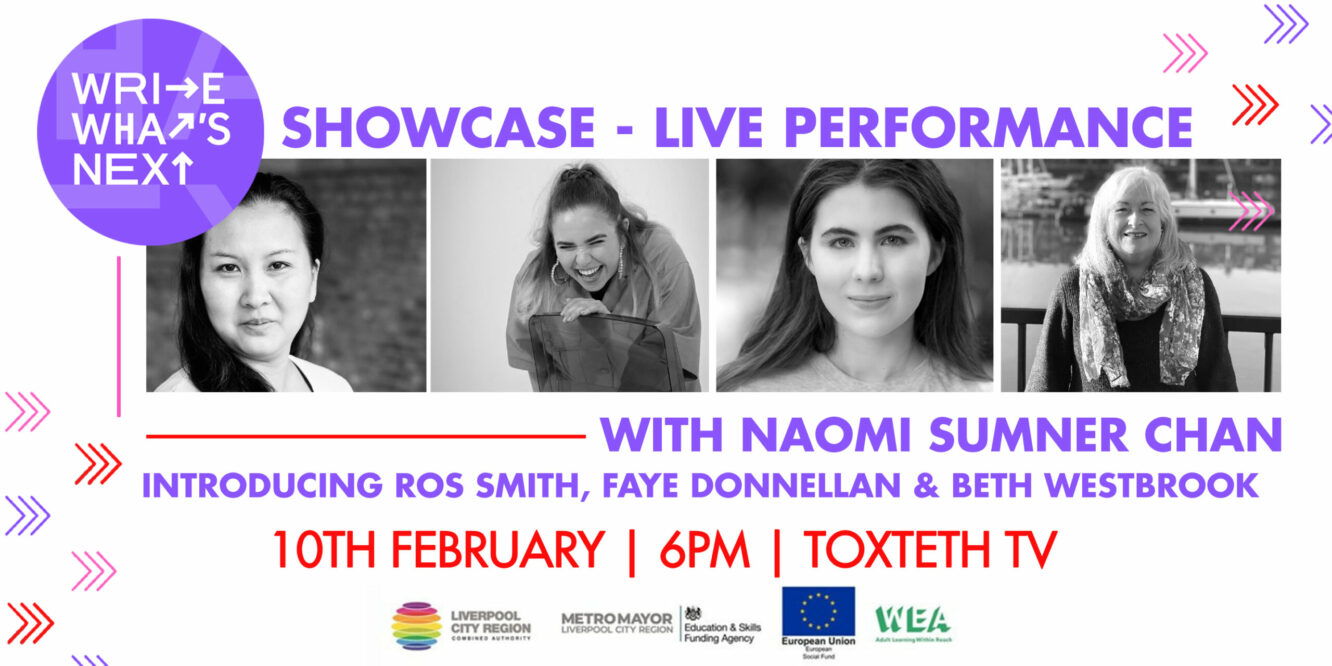 In 2020 a study showed that in British theatre women were outnumbered by men 2:1 and less than a third of new plays produced were written by women. This showcase bucks that trend and features the work of not one, not two but THREE female playwrights. Presenting a short extract of each new play in development, read by professional actors. We will also invite questions and feedback from the audience. Director: Margaret Connell, Performers: Samantha Alton, Richard Helm, Ellis Murphy. 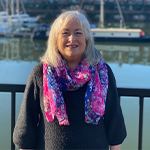 Ros Smith is a playwright and writer from Liverpool. At 65 she is dedicating her time to taking her writing seriously and has already seen great results. After completing a playwrighting course in the Spring 2020, her writing has gone from strength to strength. Ros is currently collaborating with Naomi Sumner Chan and Writing on the Wall to write a new short, which will be performed live in Liverpool in Feb 2022. 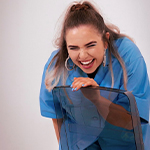 Faye Donnellan is an actor, singer/songwriter based in Liverpool. She is currently training with Both feet actors & Galloway vocals and has previously trained at Arts Educational Schools London, Script Writing North and National Youth Theatre.

As an Actor / Singer, Faye is extremely passionate about exploring “truth” in her creative practises. Faye has worked on productions such as Luke Barnes’s “Lost Boys” in collaboration with NYT, she is part of Tmesis Theatre’s “Wicked Women” creative development programme and is currently working on Paislie Reid’s research and development period for her production of “Thank You for the Hospitality”.

Faye is a member of the 20 Stories High’s Young Actors Company & has been involved in multiple acting and music workshops. “Touchy” is Faye’s first professional gig with the company as a performer and writer.

Faye is influenced by gig theatre shows and hopes to write Dad, Daughter Driving. A gig theatre / drama show about a dad and daughter grieving the loss of mum and reconnecting with one another with music and driving lessons. 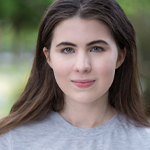 Beth Westbrook is an actor and writer, and in 2020, towards the start of the pandemic, I graduated from the University of Salford with a First Class Degree in Theatre and Performance Practice. I started writing as part of the first cohort of students from the University of Salford who went up to write and perform at the Edinburgh Fringe Festival. I was longlisted for a Funny Woman award in 2019 for a pilot of a comedy I wrote. Improving the representation of autism is hugely important to me and was the subject of my first play ‘Sunny Girl’. In 2020 over lockdown I've been learning the craft of writing with the Writing Squad, as well as the Royal Court introduction to playwriting course, the Young Everyman Playhouse Writers course, the Royal Court in Liverpool’s Stage Write course, and of course Writing on the Wall. This year I was a finalist for Hope Mill’s Through the Mill Prize with Sunny Girl, and I’ve just been shortlisted for the Women’s Prize for Playwriting with another play ‘Awareness’. My twitter is @bethbwestbrook 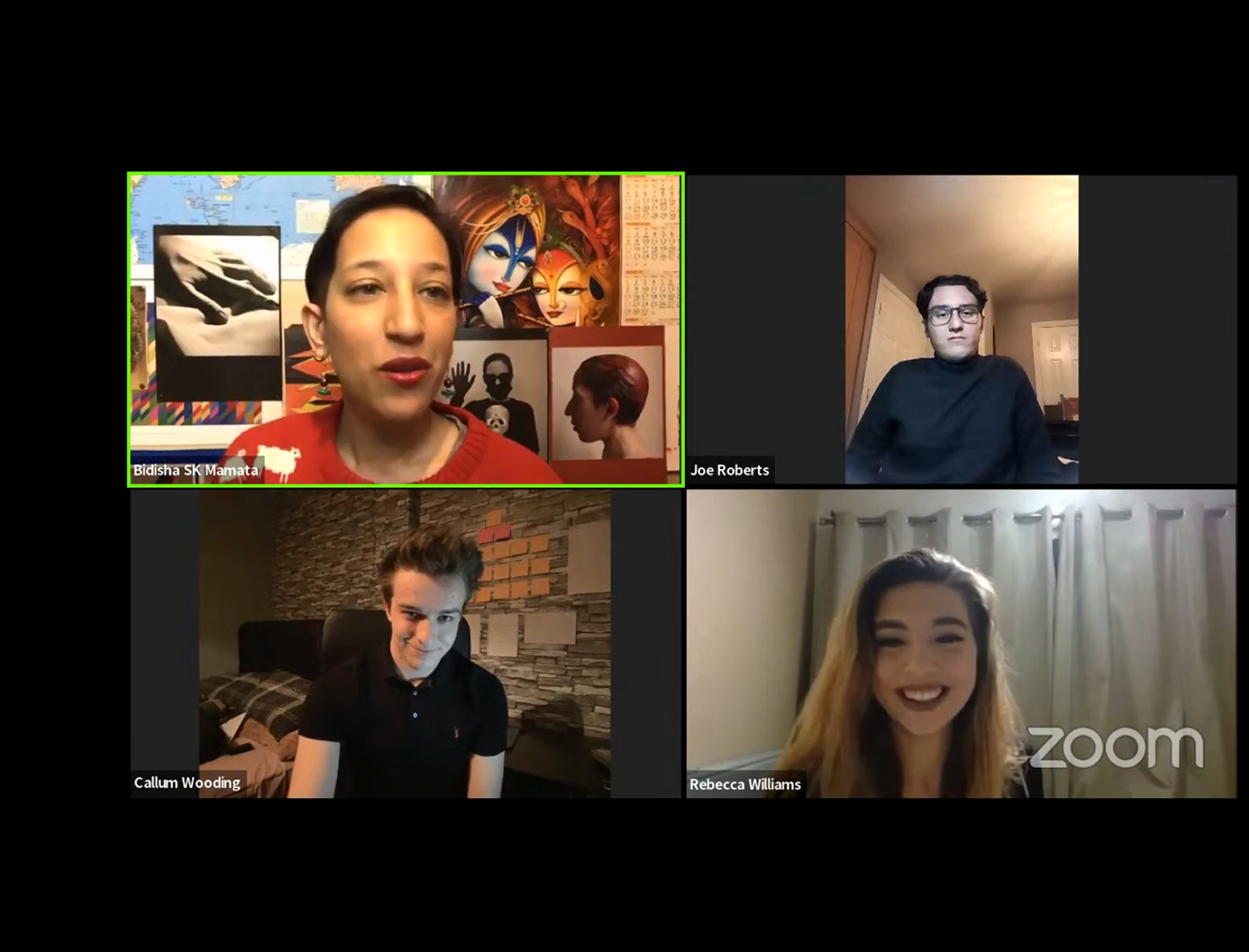 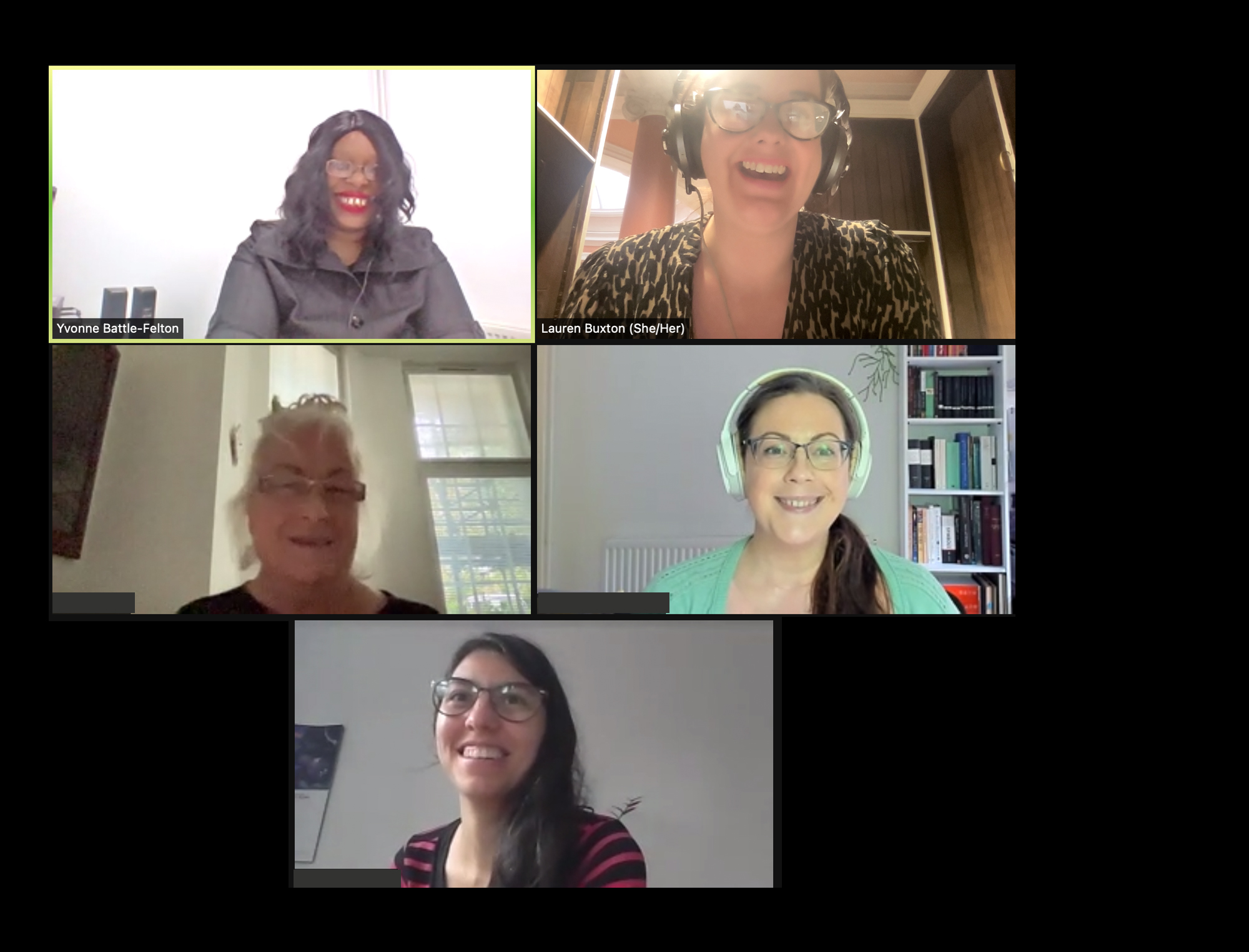