Writing is for everyone. It’s turning up, sharing our stories and creating change on the page. We host two annual literature festivals, WoWFEST in May and Black History Month in October, which welcome writers, activists and artists. All of our creative writing projects support our communities and schools all year long. Be part of WoW and find out more...

Born out of the Liverpool Dockers Strike in the late 90s, we know how writing can transform communities. Writing can be a form of therapy, an act of resistance, a collaboration between opposing viewpoints, a tool to inspire and mobilise change. Through writing, our experiences become undeniable, they live on the page, stories ready to be shared.

Throughout the entire month of May, our annual literature festival, WoWFEST, offers a programme of local, national and international writers, performers, commentators and artists. Our projects range from supporting women with experience of domestic abuse to skills development for the long-term unemployed. Our work is responsive, relevant and inclusive, continuously publishing and showcasing new talent in our anthologies and competitions.

Community is at the heart of WoW and we are continuously recognised for our commitment to diversity and inclusion. We offer opportunities to share experiences and provide public platforms for those stories to be heard, and valued. It is an ongoing fight for equality but one we recognise daily and we are committed to providing a space where underrepresented voices are encouraged, written about and shared.

‘WoW promotes change whilst highlighting and tackling social and economic injustice. We aim to inspire personal and social transformation through writing and creativity. With a focus on writing which empowers we work with communities to gain strength through creativity.’ Madeline Heneghan & Mike Morris – WoW Co-Directors

Be part of our community. Support and get involved with WoW. 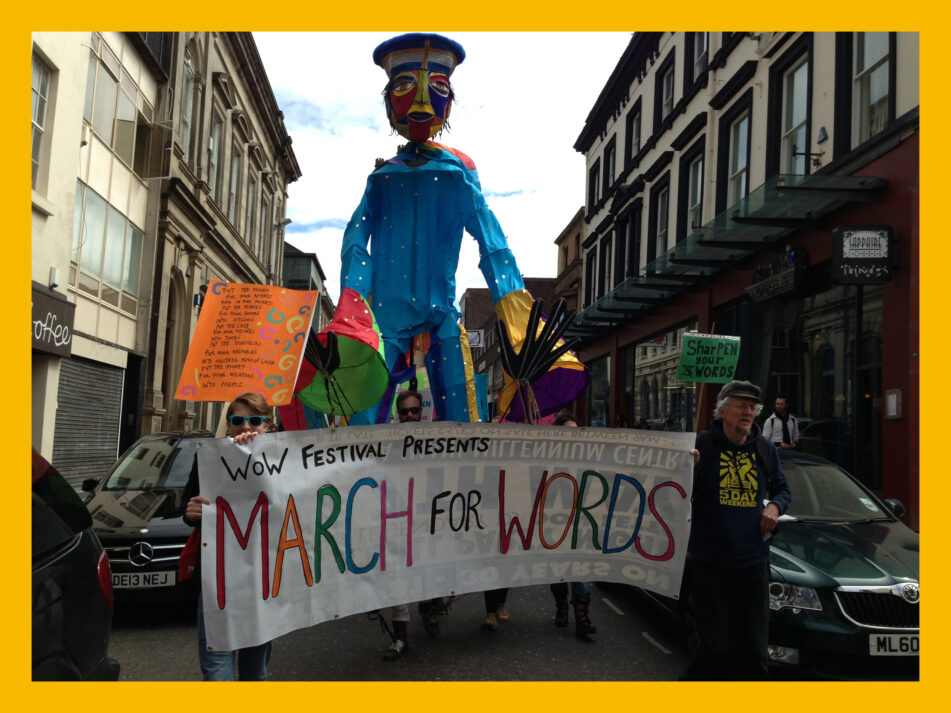 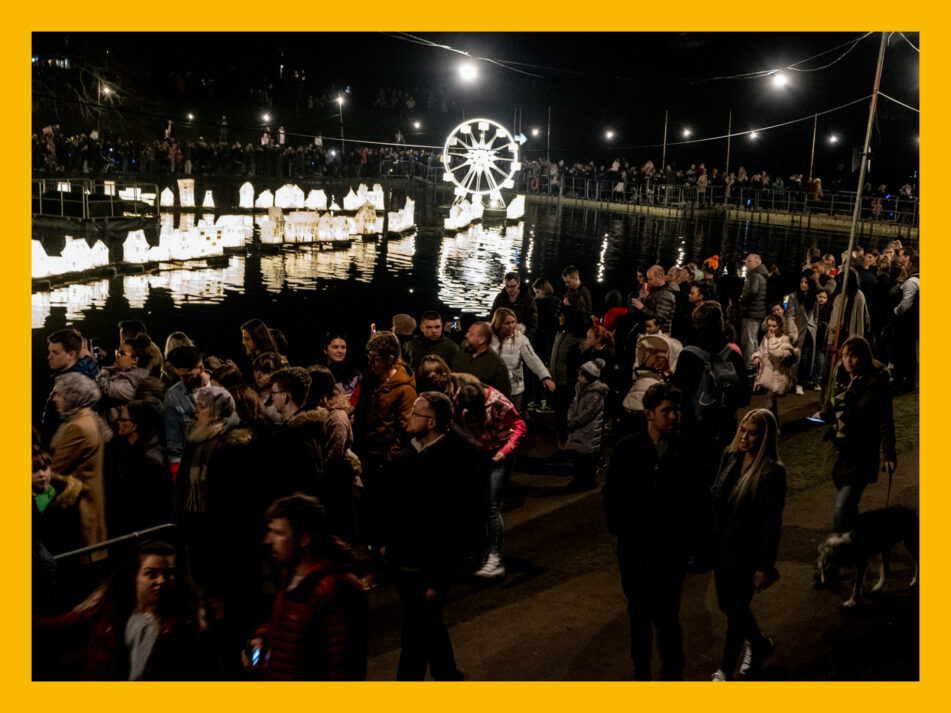 Writing on the Wall was born from the creation of the film ‘Dockers’, a 1999 Channel 4 film about a dispute involving a lock-out of 500 Liverpool Dockers in the late ‘90s. We began as a five-day festival in 2000, a Millennium Project supported by the John Moores Foundation,

which focused on the delivery of a week-long festival of events. In 2003, based on the success of the previous two years and in line with the ethos and aims of those involved, WoW became a registered charity. With no employees, and relying entirely upon the voluntary activities of trustees, advisors and volunteers, WoW’s first independent steps were tentative, but got into its stride by taking a very different approach to traditional literature festivals and organisations.

Funding followed from Arts Council England, Liverpool City Council, and a range of other public-sector and charitable bodies who were inspired by our combined focus on social inclusion, emphasising the positive benefits of writing and our commitment to supporting and developing high quality artistic and cultural work. From community cohesion to lifelong health benefits, WoW believes that creativity has the power to improve people’s lives and positively change the communities in which we all live and work.

WoW began to attract plaudits for organising a festival and delivering projects that took writing into local communities. From community centres in Netherton to libraries in Speke, and all points between, WoW worked with schoolchildren and the elderly, with black, Asian and diverse ethnic groups, and with disabled and other excluded groups. This was to ensure that Liverpool’s cultural offer was broad enough to include the creative work of all of Liverpool, and not just the esteemed publications of a narrowly defined elite. WoW also developed a reputation as an organisation willing to work in partnership with those who shared similar goals and ethos: primary and secondary schools, housing associations, local film and TV production companies, Health Action Zones, prisons, businesses, trades unions, women’s refuges and advice centres, youth organisations, community theatres and other not-for-profit organisations.

As well as organising public events as part of an annual festival, the late 2000s saw the organisation branch out into year-long creative projects, in particular filmmaking in schools and other creative youth work. Once WoW had sold-out The Empire Theatre, with thousands attending screenings of films scripted, produced and edited entirely by schoolchildren, we realised we had outgrown our voluntary base, and began to source funding for a full-time festival coordinator.

We were successful, and in late 2005 we were delighted to announce our first full-time coordinator, Madeline Heneghan, who is now the organisations’ full-time Co-Director. In 2010 Mike Morris, a founding member of WoW, joined Madeline as part of the leadership team, working together as Co-Directors to shape WoW’s strategic development.

WoW is now one of the country's longest-running writing/literary festivals, having delivered a festival each year since 2000, featuring hundreds of guests representing literature, spoken word and a range of other art forms. In 2008, to celebrate Liverpool’s Capital of Culture year, WoW expanded from a one-week programme to a month-long festival producing events throughout May each year. In addition, we played a key role in reviving the city’s annual Black History Month Festival, coordinating a series of events with local partners during October, that highlight issues of racism and celebrate the contribution of the black community to Liverpool’s artistic and cultural heritage.

The challenges of the pandemic and lockdowns have made for a difficult, intense year. However, we are grateful that we have been able to offer support through writing, the arts and creativity to communities and individuals affected by the pandemic and lockdowns, and that we have been able to continue to offer great art and culture to communities within and beyond the Liverpool City Region. Feedback and our evaluations show that this has been a vital part of supporting people during this period.

‘WoW Changed my life under the pandemic.’

Our success over the years is based on our enjoyment of writing and arts and culture generally, knowing what difference it makes to our lives and how it constantly inspires, engages and motivates people. Our success has also been determined by the talent and commitment of our whole team, Trustees, Directors, staff and volunteers, to work so hard to make our festival and projects so successful. Our audiences, and all those amazing festival guests, those who commit time to our projects, including many schoolchildren and young people, and all those who make our work accessible, and offer us constant encouragement, are our lifeblood, who we work for, and without whom we would not have achieved all we have over the years.

Learn more about us