Super Heroes: Diverse Stories for a Diverse World is an exciting new children’s book from our Super Heroes: Words are our Power project.

Featuring a range of writers, this anthology of creative stories, poems and illustrations for young people champions diversity and inclusivity. 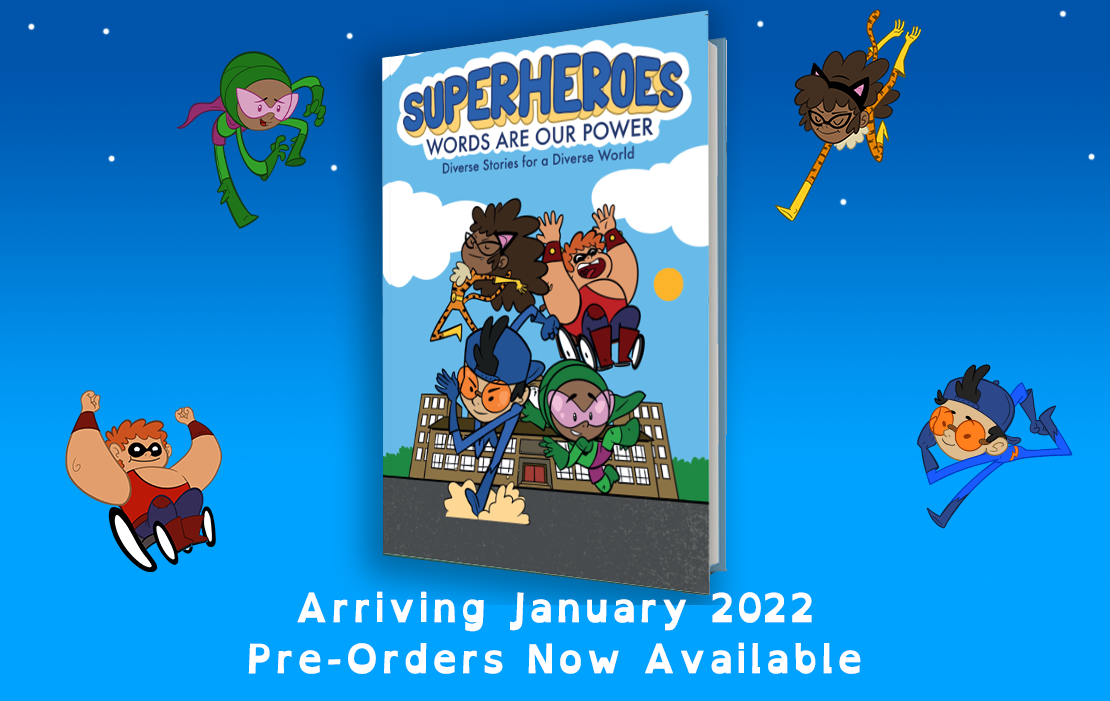 At WoW, we know that representation matters, and we are committed to promoting diverse literature that reflects and celebrates the rich differences in our world. Young people are shaped by the media they consume at home, who they see in their communities, and what they learn in school. Unfortunately, classrooms do not always accurately reflect the children within them. The lack of representation in literature is an ongoing problem with the Centre for Literacy in Primary Education having found that only 7% of children’s books published in the UK between 2017 and 2019 featured characters of colour.

With Super Heroes: Words are our Power, WoW are successfully changing this outdated narrative. Our new book will enrich the lives of young people with captivating stories from diverse writers, developing their confidence, imagination and wellbeing through relatable characters and narratives.

The book will be launching in November at our eight Super Hero schools across Merseyside, alongside workshops and performances encouraging children to unleash their creative power! Super Heroes: Diverse Stories for a Diverse World will be available to buy in January 2022! 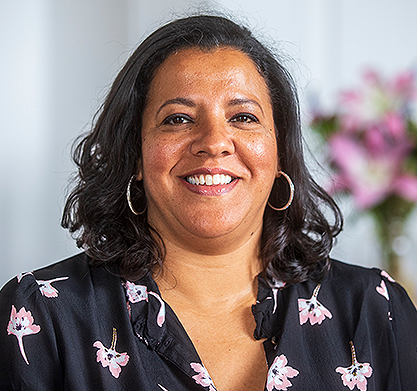 'This fantastic anthology of superhero stories challenges this tradition. Diverse Stories for a Diverse World is a powerful celebration of diversity and a reflection of the richness this creates across our region. Each story contains subtle but profound messages, encouraging children to challenge their perceptions and think more expansively about the world. From Rabbit Girl who can magically teleport to her grandmother’s kitchen in Hong Kong, to Billy who realises he can change the world because of his ‘listening’ superpower, it is a valuable resource for both teachers and pupils. I know everyone who reads these stories will take away valuable insights and lessons – and may even come to recognise their own special superpowers!'
Mayor Joanne Anderson 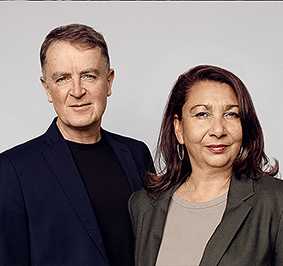 'In all aspects of their lives, children live in a diverse world. However, this diversity is not reflected in their reading material. Writing on the Wall, a champion for diversity, believe it is essential that books reflect the world we live in to promote a healthier mindset, challenge racism and celebrate diversity. We are very proud that our Super Heroes: Words Are Our Power Project has published Diverse Stories for a Diverse World – a pioneering book that will play a key role in the implementation of equality and inclusivity in children’s literature.’
Mike Morris & Madeline Heneghan, Co-Directors, Writing on the Wall. 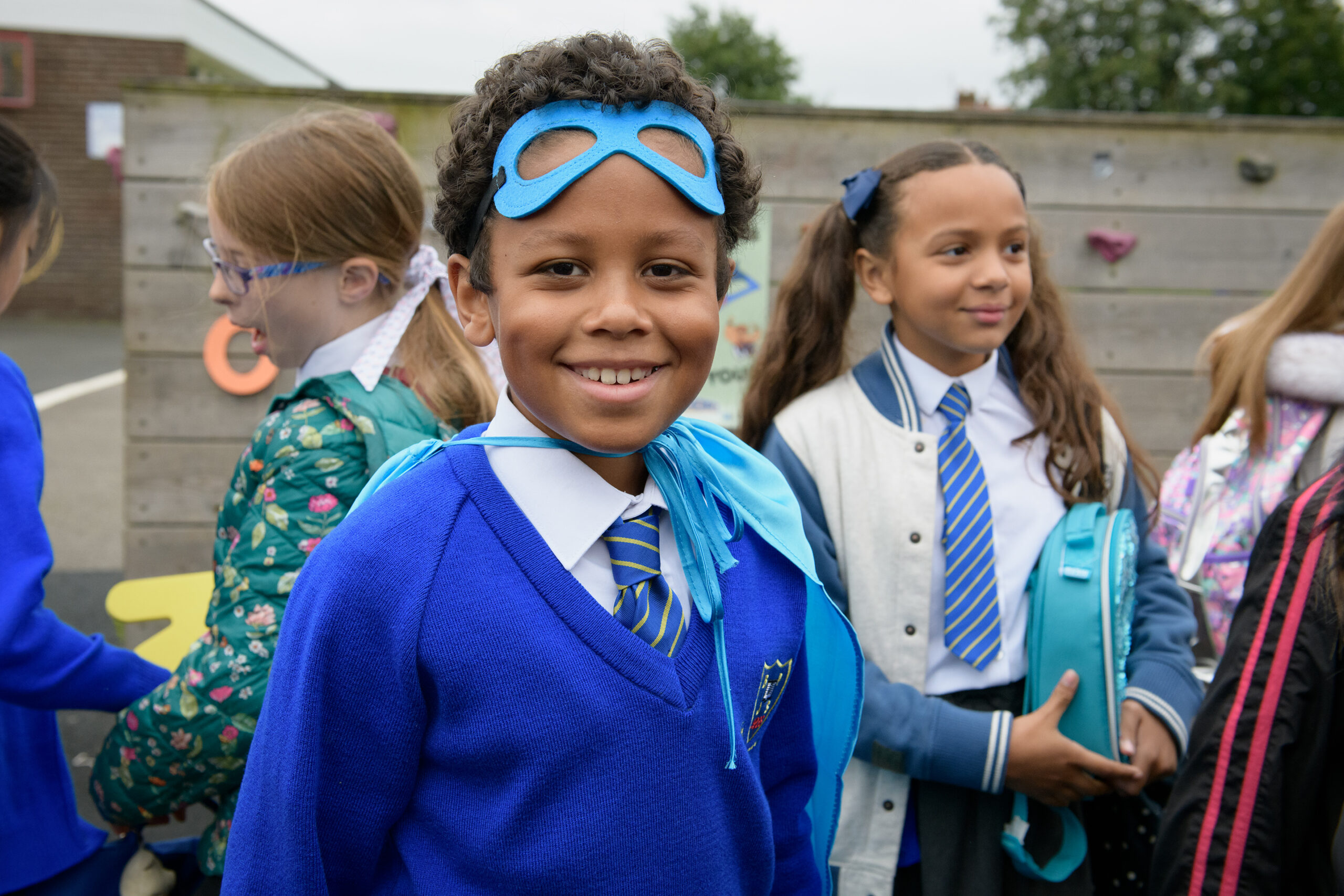 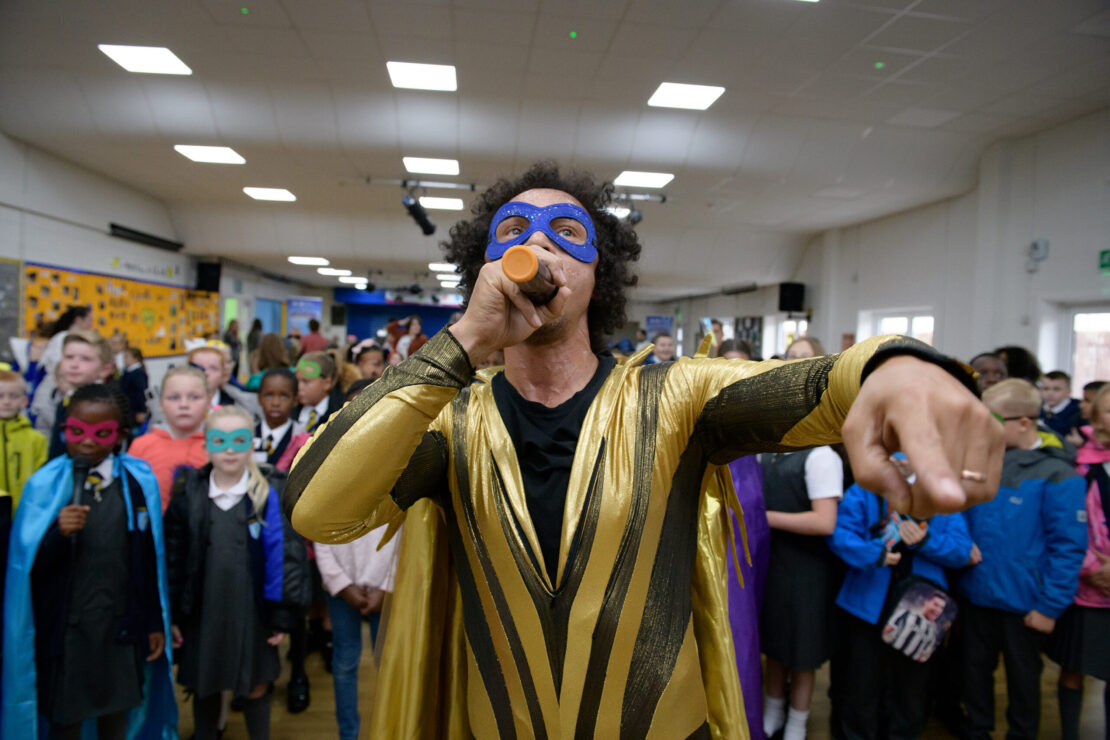 About Superheroes: Words Are Our Power

Superheroes: Words are our Power is a pioneering four-year project (2019-22) funded by Paul Hamlyn Foundation More and Better fund that’s exploring new creative writing strategies for primary schools.  Using Superheroes as a force for change we’re helping children use their imaginations through creative writing, play and story creation. Whilst also supporting teachers to put creativity back into the curriculum.

The project aims to:

Superheroes: Words are our Power, provides a Professional Writer in Residence to all schools, working with the whole of key stage 2 across the school term.

The children and teachers have the opportunity to explore different forms of creative writing, through the writer’s expertise and passion! 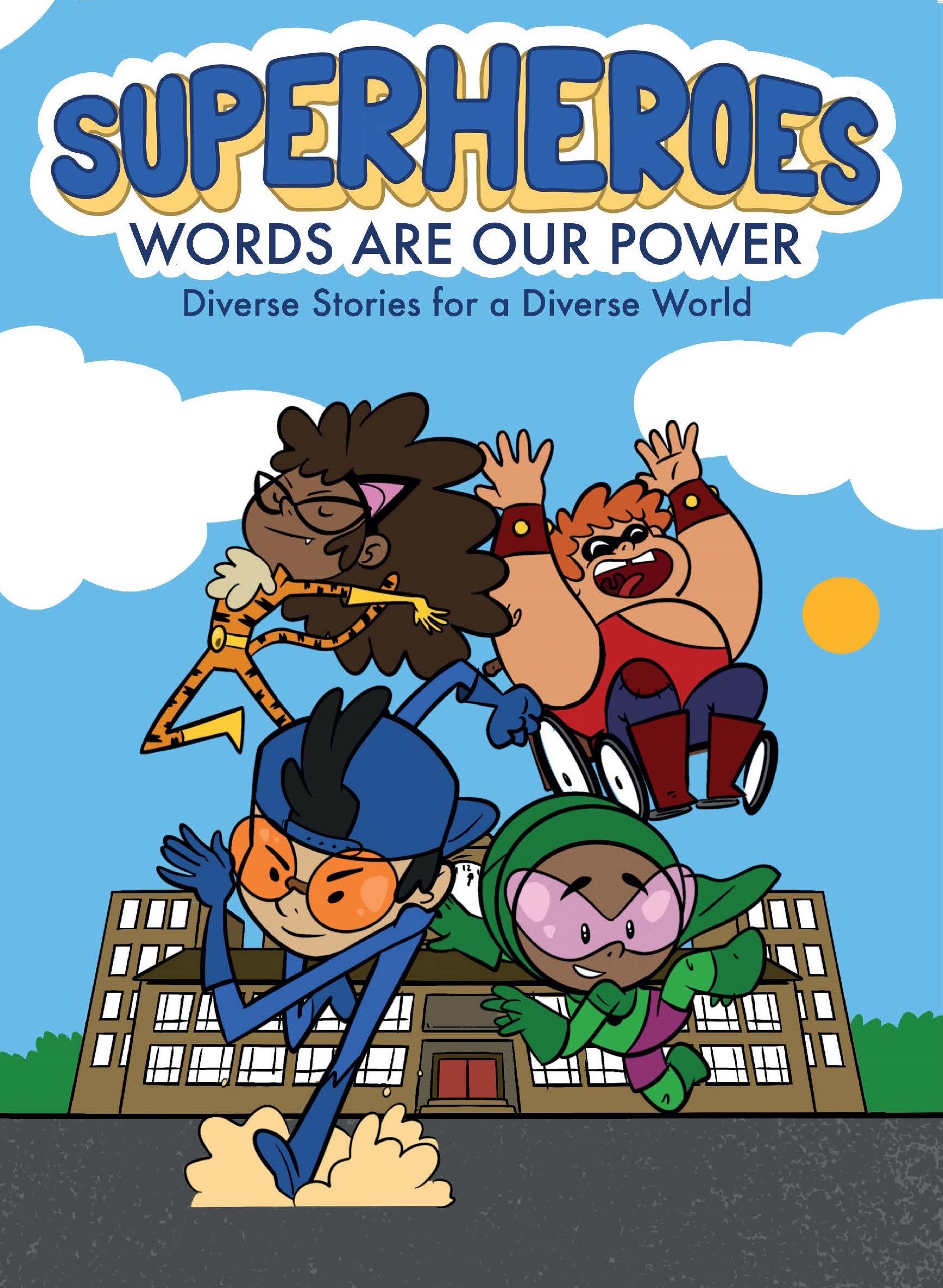 Check out all our events at our school launches throughout November!
Click the calendar to see the full sized version. 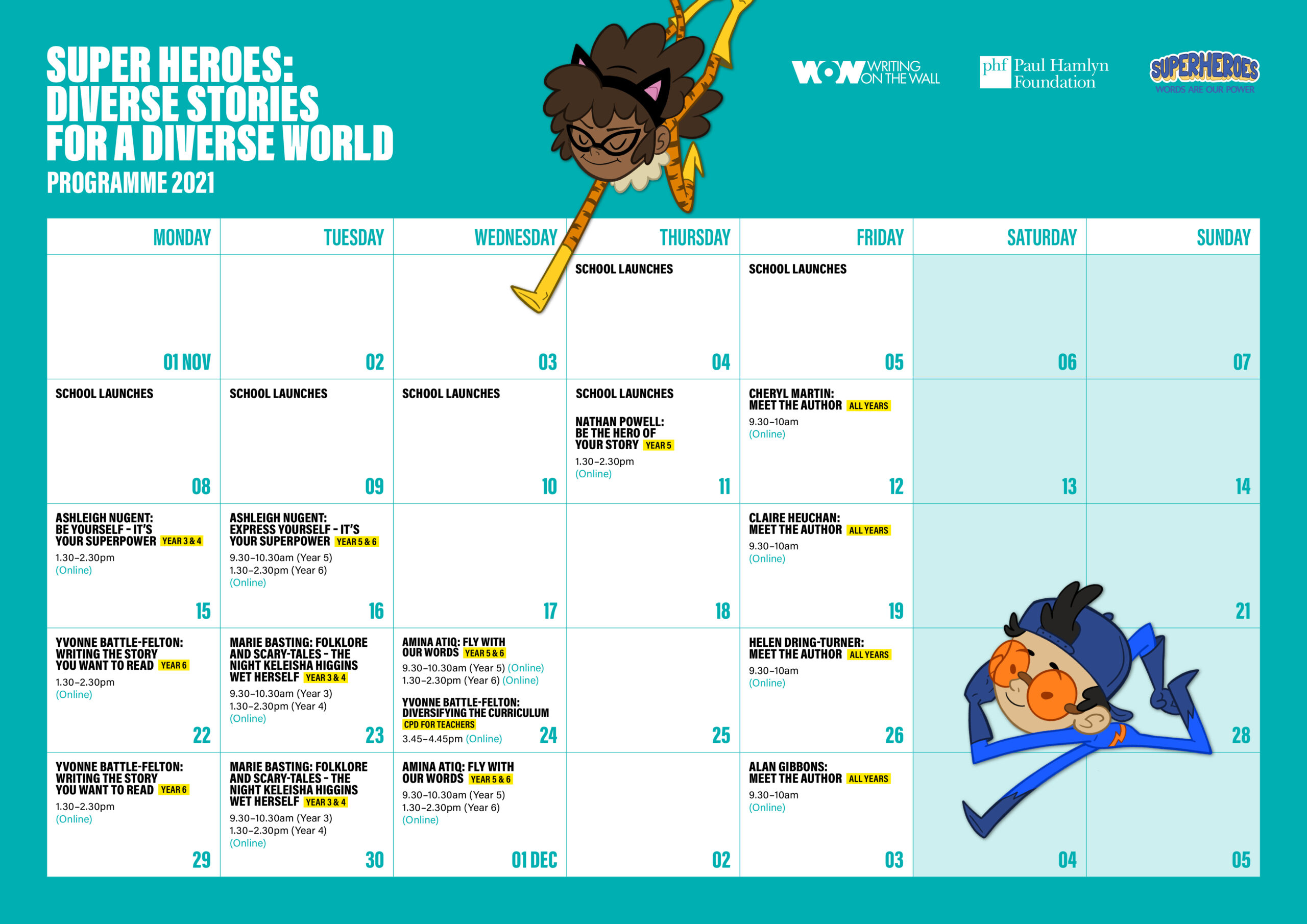 We are lucky to work with poets, authors, comic book writers, spoken word artists and playwrights.

Over four fantastic years we are working with eight schools in Merseyside;

We are really excited to be working with Curious Minds as a partner, critical friend and evaluator. 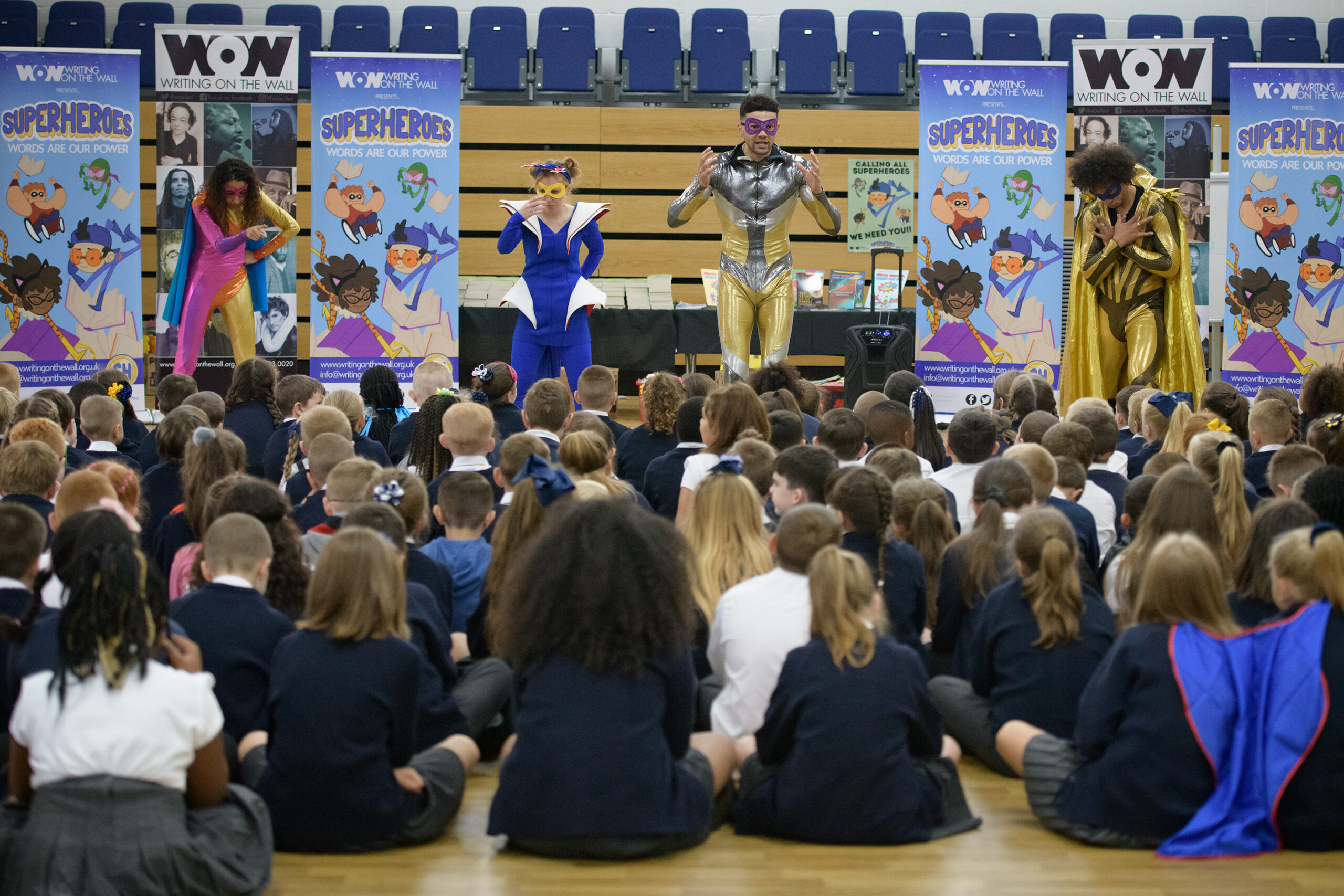 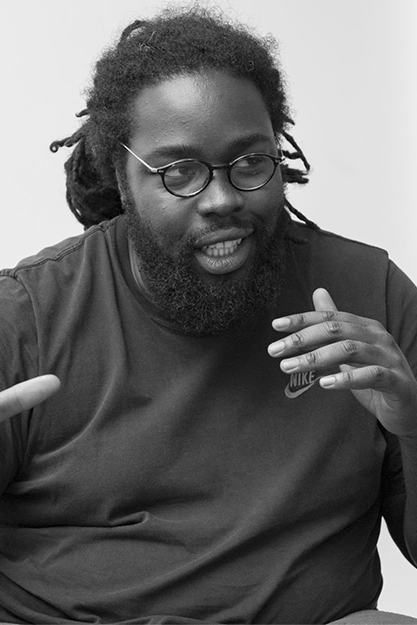 Nathan Powell is a writer and director that makes work for young people and young audiences. Originally from London but living in Liverpool, Nathan is an advocate for the participation of young people in the arts. Recent writing includes the stage plays, The Spine with 20 Stories High and 846 for Theatre Royal Stratford East. Twitter @NathanPowell141 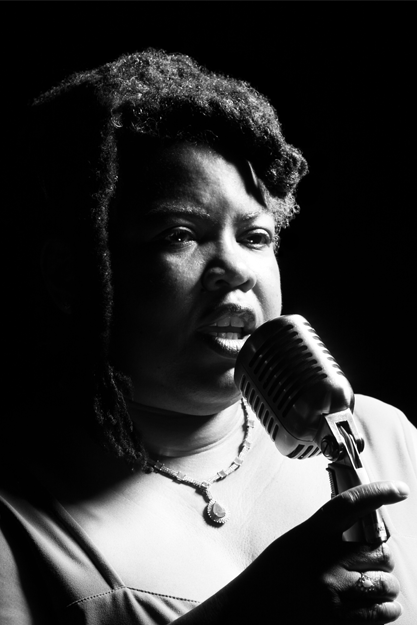 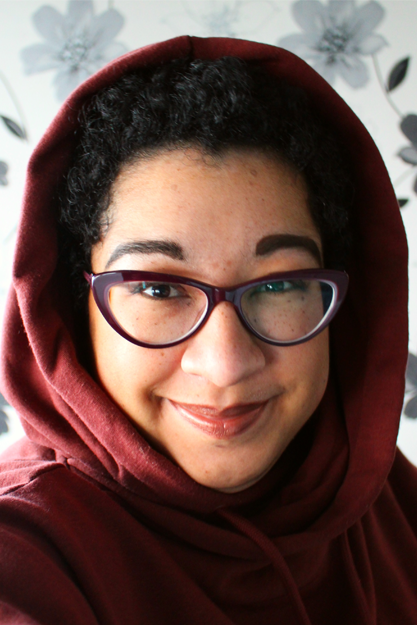 Claire L. Heuchan is an author, essayist, and award-winning blogger. In 2018 she co-authored What is Race? Who are Racists? Why Does Skin Colour Matter? And Other Big Questions with Nikesh Shukla. ‘The Stormbreakers of Sairfecht Bay’ is her first children’s short story. Twitter @ClaireShrugged 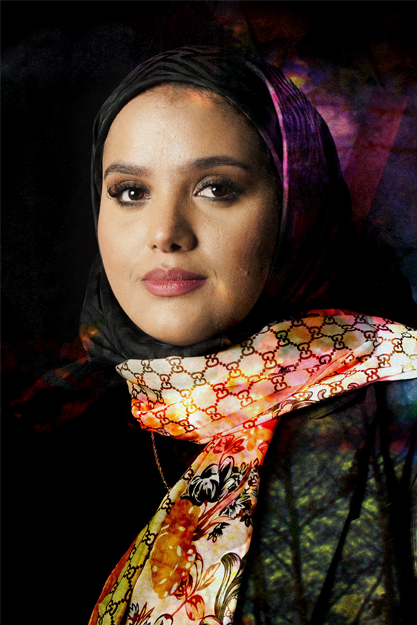 Amina Atiq is a Yemeni-Scouse writer, a performance artist, facilitator and activist. She was awarded the Liverpool John Moore’s University Citizenship for her active and community engagement work and awarded the best North West volunteer by Human Appeal. A Young Associate for Curious Minds and BBC Words First Finalist 2019. She has been featured on various artistic platforms such as BBC Radio 5 live, BBC Radio 6 music, BBC 4 Radio, Bitesize, Arab News, The Independent, British Muslim TV @ thewarehouse, Writing on the Wall, Skinny magazine, Whispering Dialogue, CAAT, and Human Appeal. She is currently a remote writer in residence with Metal Southend, working on a new project ‘Yemeni Women on the Frontline’, while working on a new commissioned writing in response to the historic Sutton Manor. Twitter @AminaAtiqPoetry 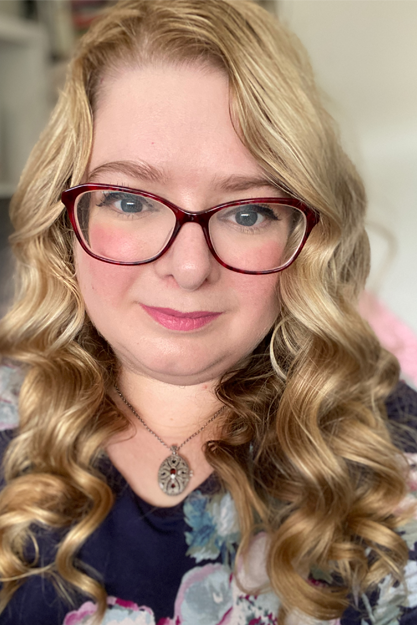 Helen Dring-Turner has an MA in Creative Writing from Manchester Metropolitan University. She is a teacher and researcher who writes for children and young adults. She likes to write about events that could happen to anyone, in the hope that her stories might make the reader feel less alone. Twitter @dringehelen 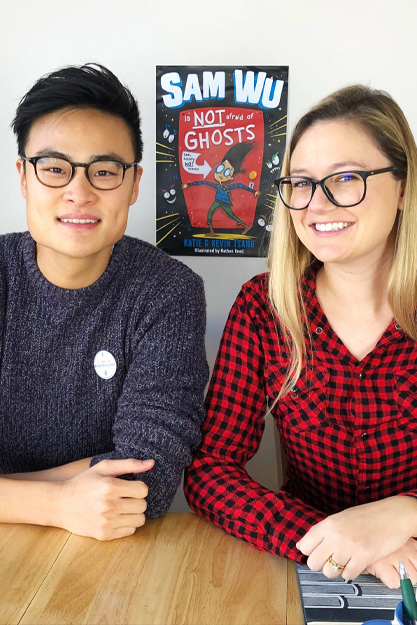 Katie and Kevin Tsang are the authors of the SAM WU IS NOT AFRAID books and the DRAGON REALM series. Katie also writes YA novels as Katherine Webber. Katie is originally from Irvine, California and Kevin was born in Denmark and grew up in Atlanta, Georgia. They met studying abroad in Hong Kong in 2008 and since then have travelled to over 40 countries together and lived on three continents. They currently live in London with their young daughter. Twitter @kevtsang & @kwebberwrites 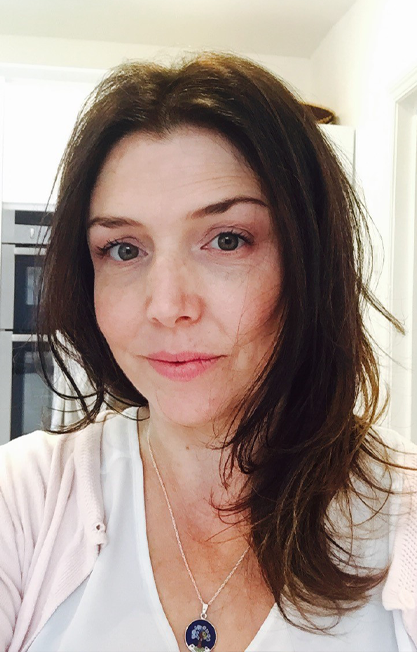 Emma Latham is a primary teacher living in Liverpool with her husband, three children, crazy Cockapoo Oscar, and chilled bearded dragon Floyd. She has been creating stories for her children and pupils for over 24 years but this will be her first published story. She is currently writing a memoir as well as specific children’s short stories. The main character in ‘Mind Games’ is based on children she teaches at the inclusive Springwood Heath Primary School. The courage and bravery shown by those children who face different challenges every day of their lives continue to inspire her. They are all Super Heroes in their own unique way. Twitter @EmsydilemsyL

Steven Matthews is a freelance illustrator and Art Director from Liverpool. He graduated from Liverpool John Moore’s School of Art and Design as a mature student, with a goal of working in the arts (primarily using the medium of comic books). Since then, he joined the award winning Comics Youth CIC as a youth mentor, eventually becoming the non for profits Art Director, curating exhibits in galleries such as Tate Liverpool, Tate Modern, The Walker Art Gallery, and also helps to produce and oversee various publications.
Twitter @i_am_ste - Instagram: /smatt_art 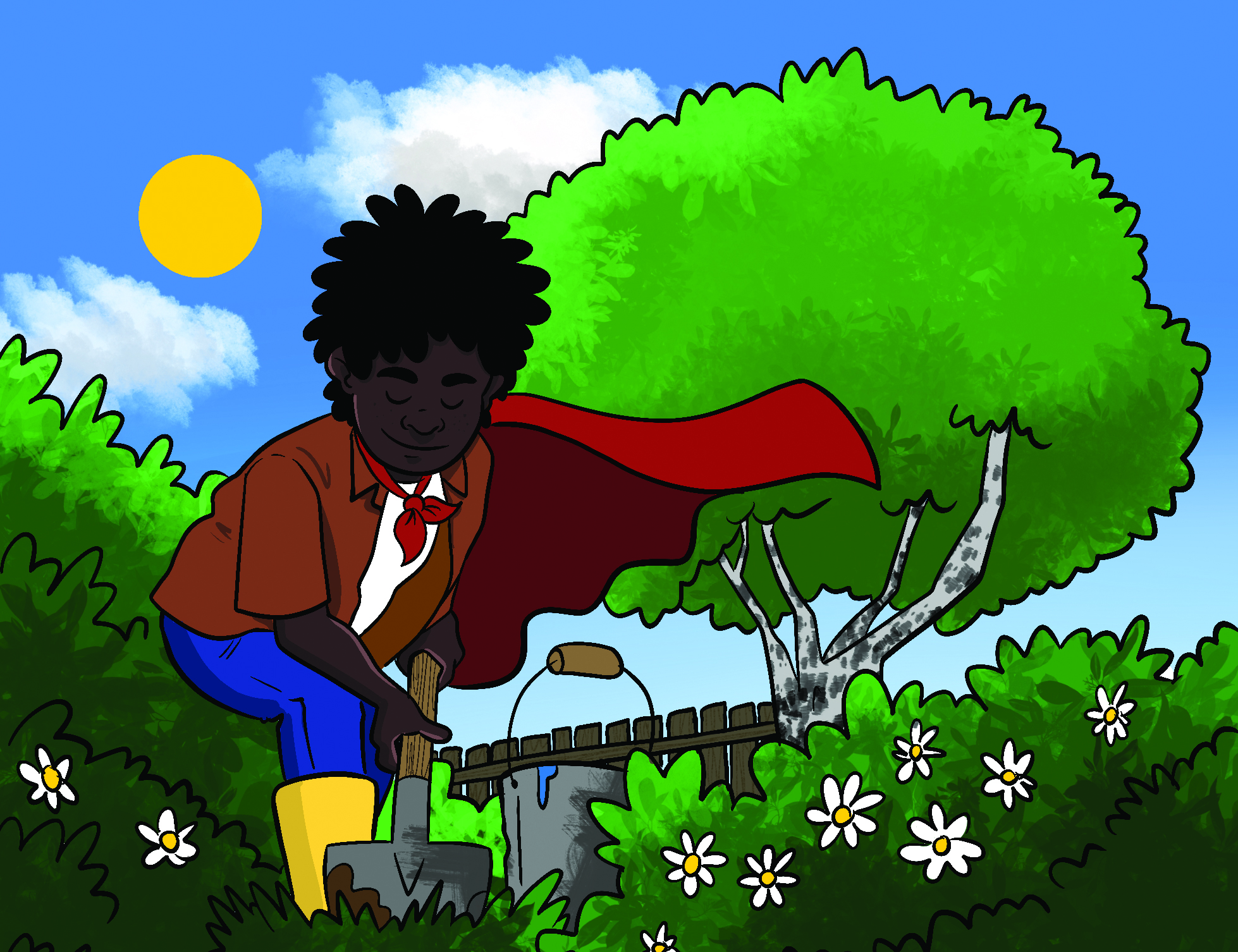 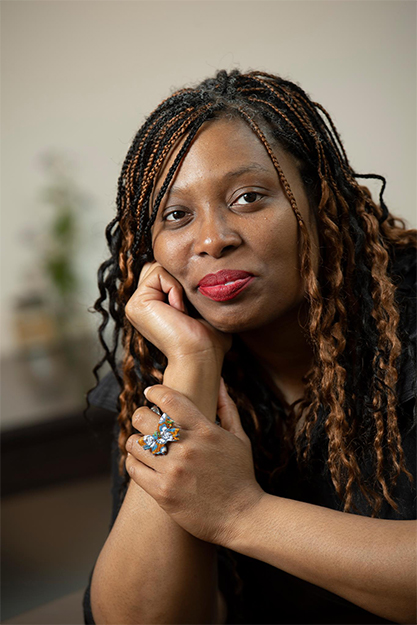 Yvonne Battle-Felton, author of Remembered, is an American writer living in the UK. Her writing has been published in literary journals and anthologies. Remembered, was longlisted for the Women’s Prize for Fiction (2019) and shortlisted for the Jhalak Prize (2020). She was commended for children’s writing in the Faber Andlyn BAME (FAB) Prize (2017) and has three titles in Penguin Random House’s Ladybird Tales of Super Heroes and three in the forthcoming Ladybird Tales of Crowns and Thorns. Yvonne has a PhD in Creative Writing from Lancaster University and is Lecturer in Creative Writing and Creative Industries at Sheffield Hallam University. Twitter @ybattlefelton 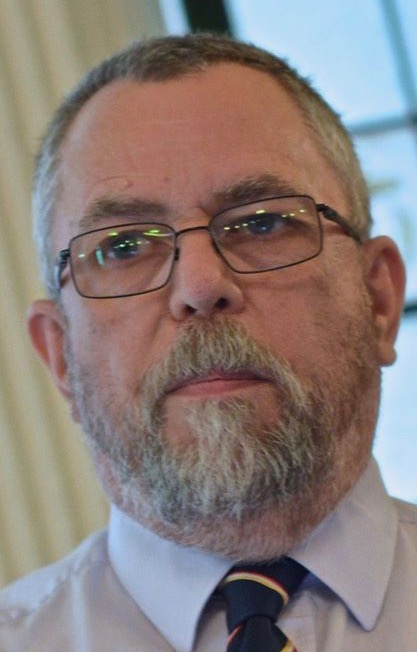 Alan has won around twenty literary awards and twice been shortlisted for the Carnegie Medal.

Born in Cheshire, Alan is now an honorary Scouser, having made his home in the city in 1979. Alan has visited well over seventy countries to talk about his many books. 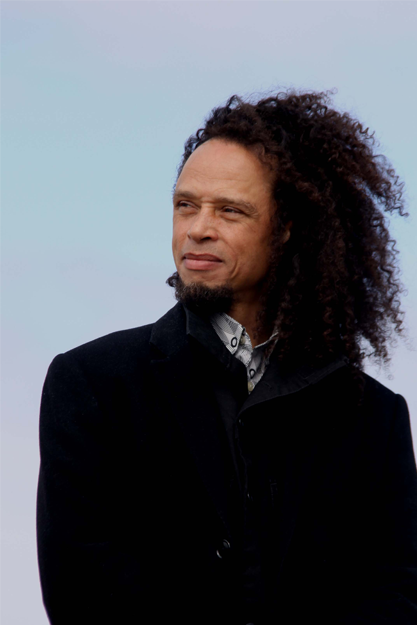 Ashleigh Nugent is a writer, performer, and Creative Director at RiseUp CiC. His publishing credits include poetry, academic writing, and magazine articles. Locks, his forthcoming auto-fiction about mixed-race British identity, won the 2013 Commonword Memoir Competition. Locks was part published in Writing on the Wall’s Pulp Idol, Firsts in 2014, and in bido lito! magazine, September 2019. In 2019 he launched Locks the one-man-show at Live Theatre, Newcastle and Unity Theatre, Liverpool to rave audience reviews. Twitter @NugentAshleigh 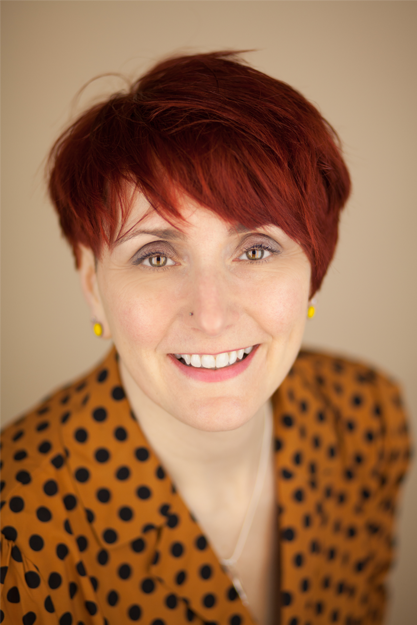 Marie Basting writes funny fiction f or m iddle g raders. H er d ebut novel, Princess BMX, was listed by the Guardian and BookTrust in their Best New Books category and has been praised by the Gender Collective as one of the best books out there for smashing stereotypes. Told by a careers adviser that girls like her don’t become writers, Marie loves nothing more than inspiring others to achieve their ambitions. When she’s not writing or walking her giant hairy-woo-dog, you’ll find her supporting other girls and boys to follow their writing dreams. Born in Liverpool, Marie defected to Manchester almost twenty years ago. Her Dad still hasn’t forgiven her. Find out more at https://mariebasting.com/ Twitter @riewriting 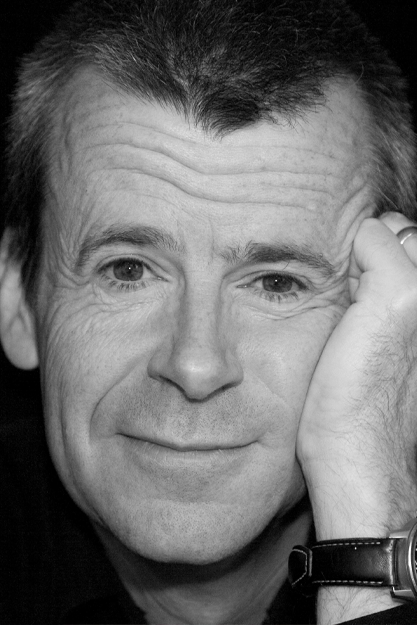 Jon Mayhew is a man with a dark imagination, who has always loved writing and storytelling. An English teacher for twenty-five years, he is now a Writing Fellow for the Royal Literary Fund at Aberystwyth University. Jon is passionate about encouraging young writers and readers. He delivers writing workshops in schools and is a patron of reading for two high schools. Jon lives with his family on the Wirral peninsula. Twitter @mayhewj 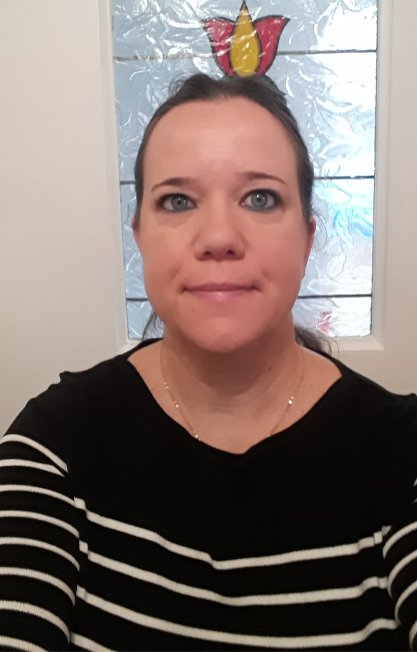 Alex Swan works in the school office at Broad Square Primary School in Norris Green and received an email offering any member of staff the chance to enter a story-writing competition. She decided to give it a go as creative writing has always been a passion of hers. Luckily, she was successful and through this project she has had the opportunity to write her own short story. This is the first piece of writing she has had published and she thoroughly enjoyed the whole experience. 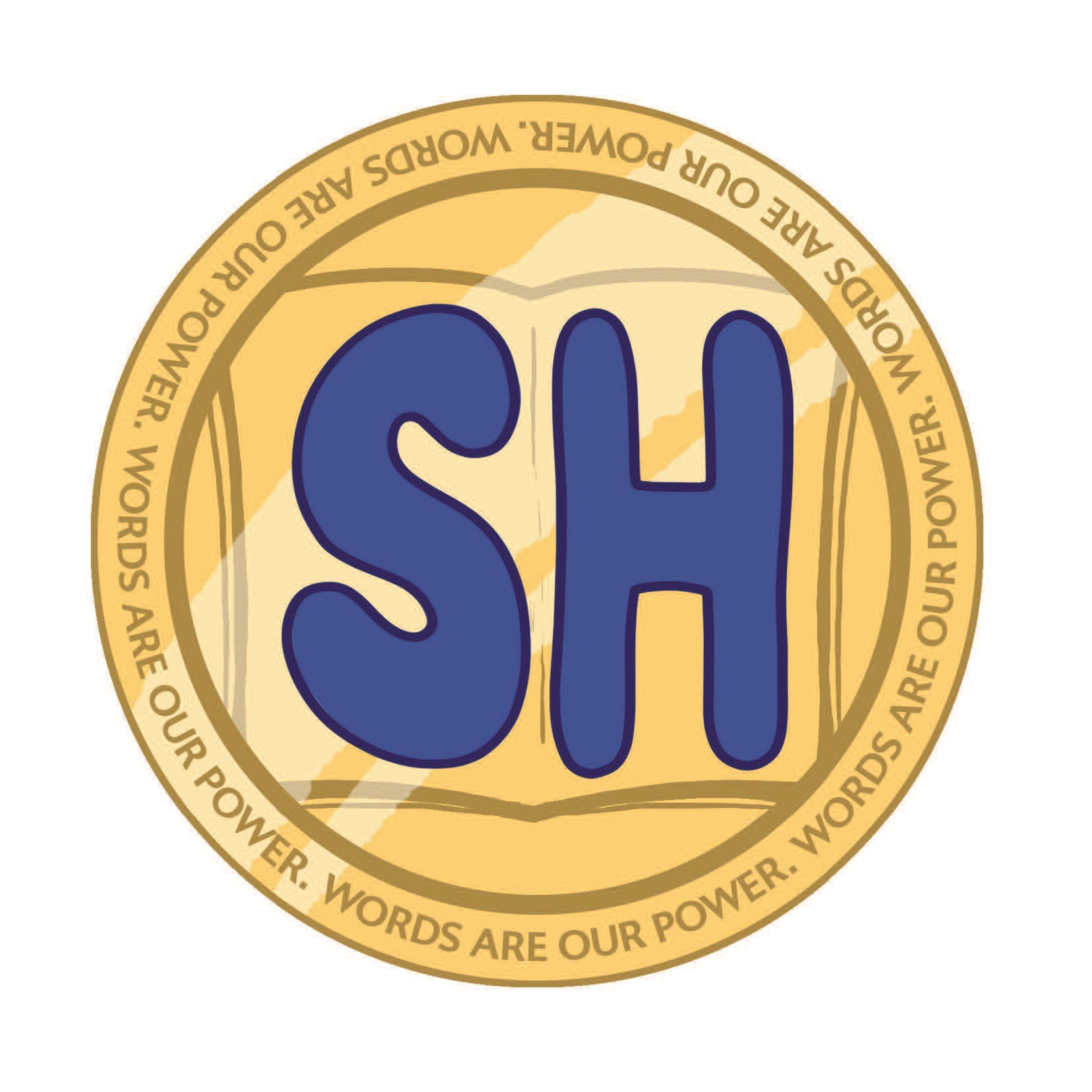 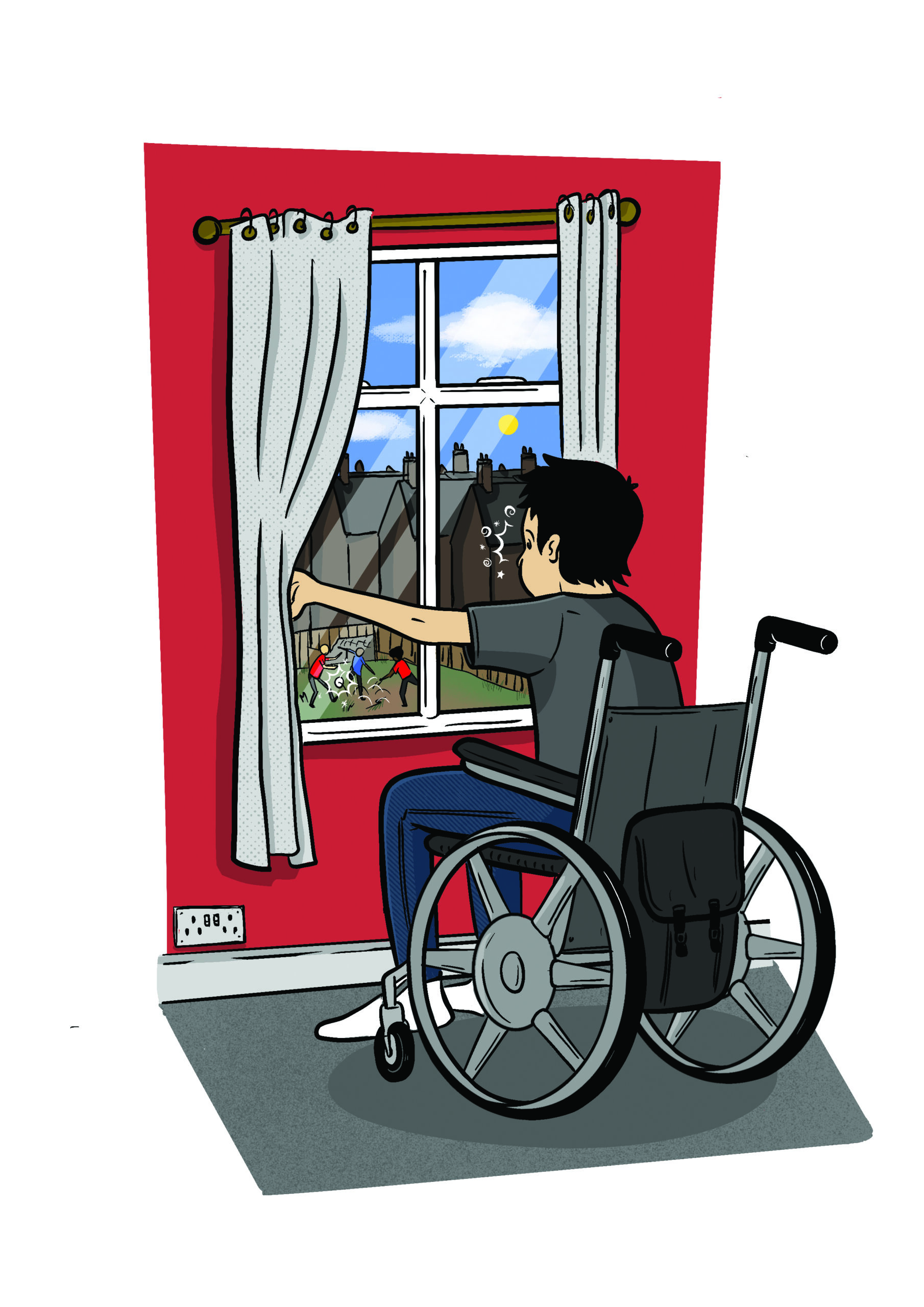 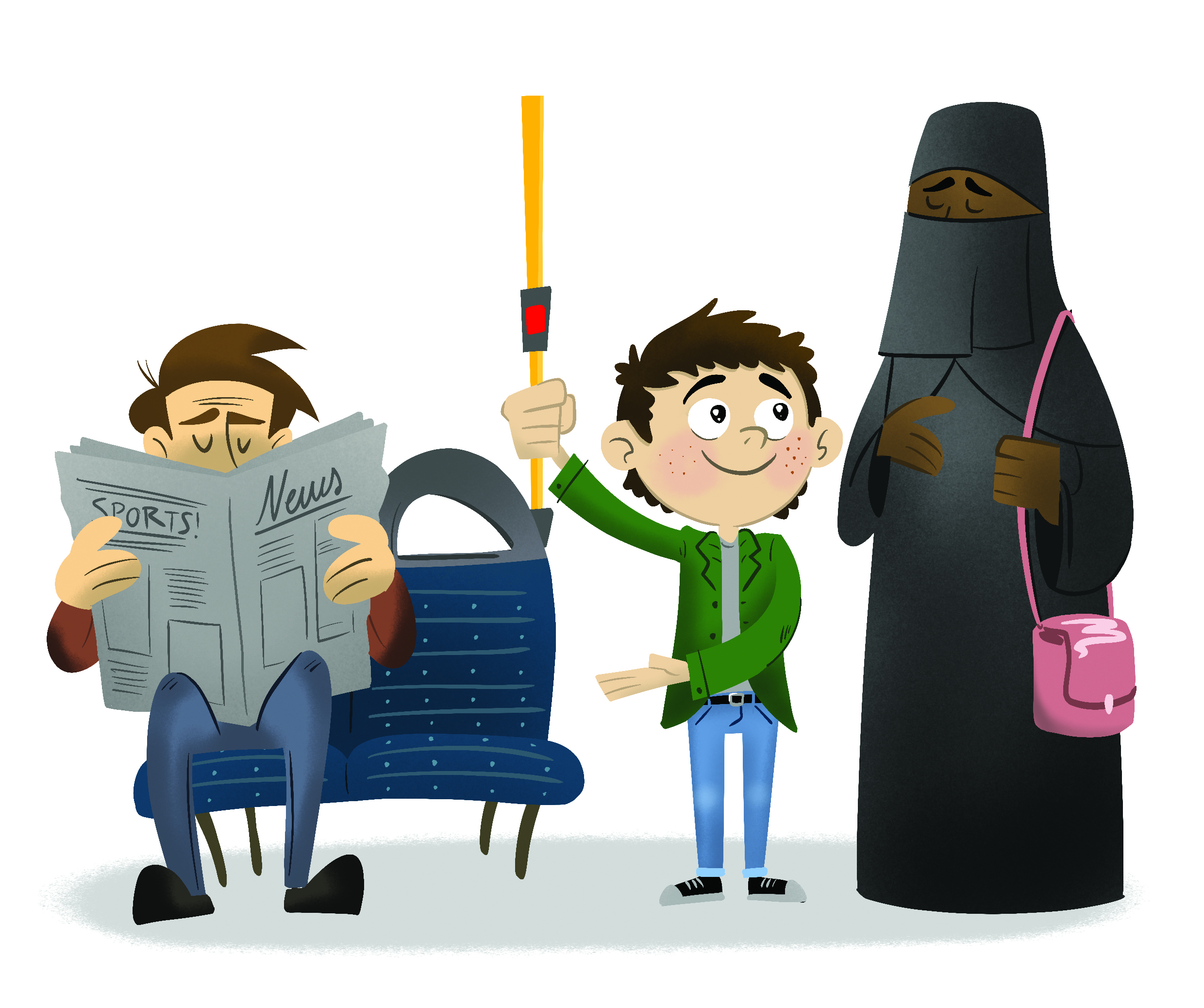