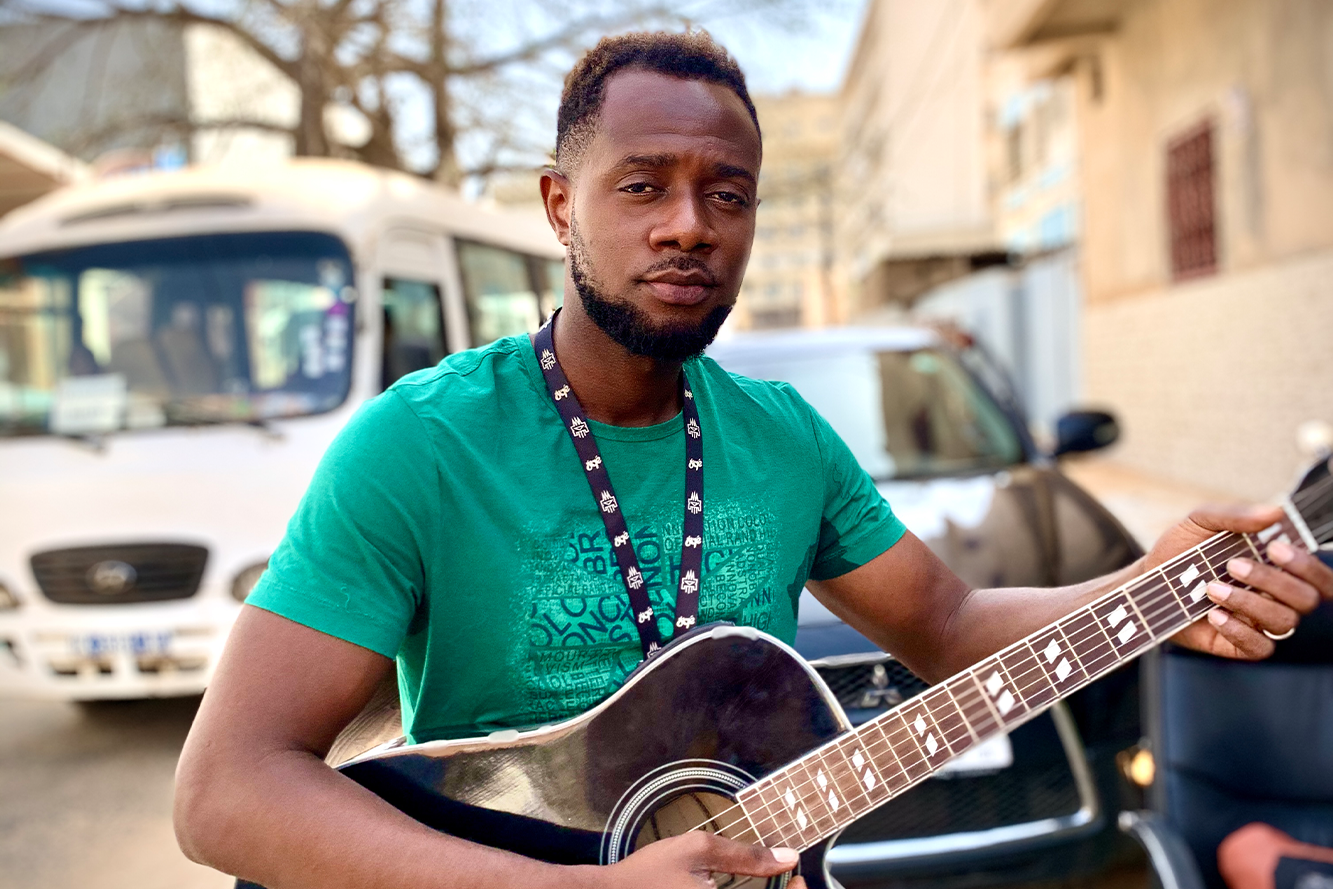 Nazeem is a prolific singer-songwriter and guitarist from Gambia.

He is also a peace ambassador and founding director of his NGO, Dole Ndawi. He uses the transformative power of music to build resilience and positive change within communities and amongst young people. His music is widely available on digital music platforms which regularly receives national airtime on radio and TV in the Gambia.

His style of music reflects his roots and culture; also influenced by a 2-year residency in Senegal where he regularly performed at Casino du Cape Vert, supporting musicians such as jazzman Vieux Mac Faye, Wolof pop singer Viviane Chidi and Senegalese guitarist Jeanott Mendy. Since the start of the pandemic, Nazeem has been actively supporting the COVID-19 response within Gambia and on a world stage through regularly performing at global fora. Through his music he builds resilience and hope, reminding us that we are not alone in this.