A Site for Protest, Demonstration and Debate:

The Speaker’s Podium returns to Liverpool docks with Mersey Sounds. Writing on the Wall in partnership with Architect Daniel Smith of award winning practice Smith Young Architects and Culture Liverpool, have created a multimedia art installation celebrating the voices of Liverpool through sound, design and storytelling. Paying homage to Arthur Dooley and his original Speaker's Podium (1973-1990), Mersey Sounds aims to recreate this important lost feature of Liverpool’s waterfront.

Simple yet strong, the 12.5-meter structure of steel columns and beams finds at its heart a giant handmade copper megaphone to reflect Liverpool’s tradition as a democratic city and the need to share our voices and stories.

Designed by Architect Daniel Smith, the installation also features a 60-minute soundscape, curated by Writing on the Wall, sharing both the voices of Liverpool’s past as well as the very present stories of those who make up the modern tapestry of our city. Featuring conversations and literary works from Irish Travellers, African Seamen, the LGBTQI+ community and other local people from across Merseyside, including contributions from our Chinese and Yemeni communities.

As a literature charity with radical writing at its heart, we are excited to bring the spirit of Arthur Dooley's Speaker’s Podium back to the city, celebrating and remembering the diverse experiences of Liverpool residents. We hope you enjoy this piece of art as much as we do.


‘An installation of this nature is a new venture for Writing on the Wall, but when the opportunity arose for us to be commissioned for ‘A Very Public Art’, we felt it essential that the diverse voices of people across the city be heard. When we saw Daniel Smith’s brilliant reimagining of Arthur Dooley’s original Speakers Podium, we knew this would be the perfect vehicle for a soundscape that could represent the both the past and present experiences and voices of our communities across the Liverpool.’
Mike Morris and Madeline Heneghan, Co-Directors
Writing on the Wall.

“I believe that living in the place that you earn your bread means something. Everything that happens to it becomes a part of you and everything you do becomes a part of it.”
In 1973 a bright communist red metallic structure was erected upon Liverpool’s Pier head. This was Arthur Dooley’s Speaker’s Podium. Inspired by the Russian Tatlin’s Tower, the structure became a celebration of free speech and a space for discussion, speeches and protest.

The Speaker's Podium was quietly dismantled during renovations to the Pier Head in the 1990s. It was deposited in Calderstones Park and, sadly, no provision was made for its preservation, so its whereabouts are unknown, though it appears to have been taken away for the value of the steel.
The removal of the original Speaker's Podium could be seen as an attempt to stifle the voice of the people of Liverpool. Mersey Sounds is a symbolic attempt to reintroduce a site for discussion and debate, a reminder of Liverpool’s radical history, and a nod to the future, as we begin to come out of Lockdown and reassess our place in the world.

Featuring a 60-minute soundscape showcasing, voices from Liverpool's past and present, the installation seeks to celebrate the vital democratic nature of our city and it's importance in platforming voices. Listen to Arthur Dooley himself talking about the importance of the original Speaker's Podium as well as stories, poems and conversations from Liverpool writers and residents celebrating the vibrancy of our city.
Listen to the full soundscape here
WoW · Mersey Sounds - Soundscape


‘For a number of years I tried to seek out the platform with an idea to re-erect it as I always felt that without this platform Liverpool had lost its voice. It was only later I found that my father, who has passed, actually fabricated the original structure, so it took on another meaning.’ 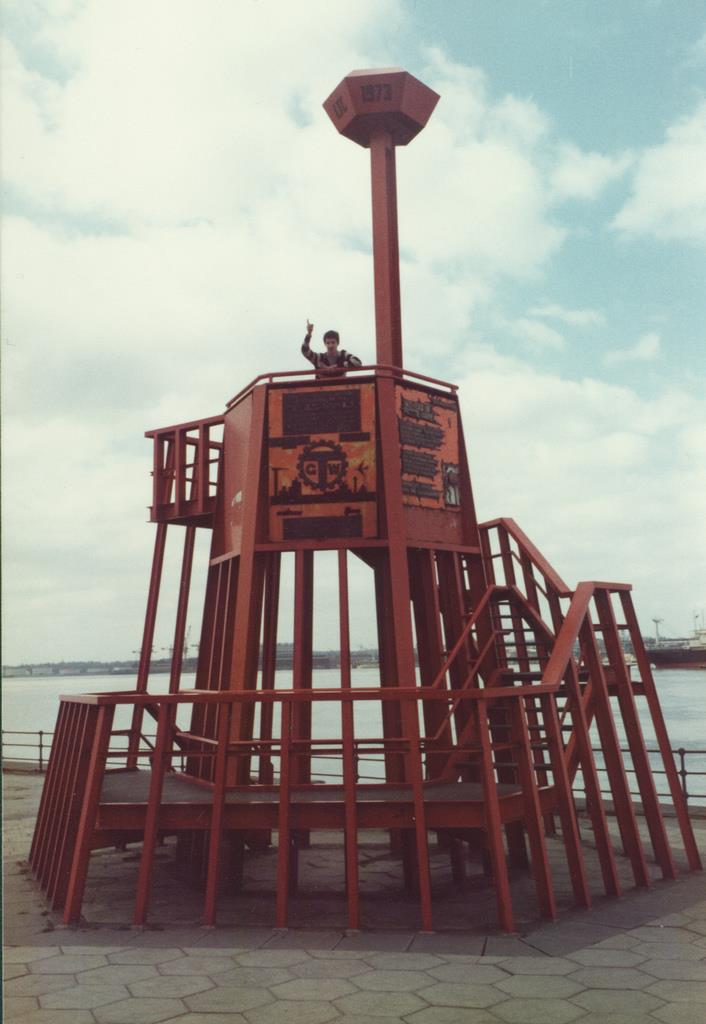 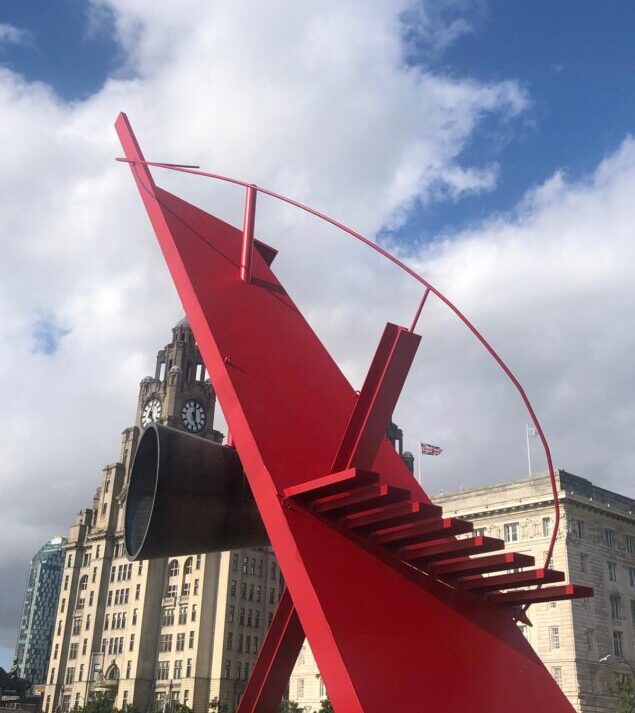 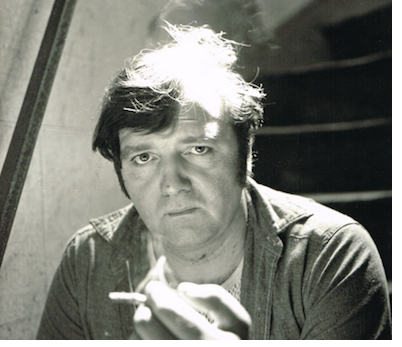 The podium’s creator, Arthur Dooley, was born in Dingle, Liverpool in 1929. Arthur joined the Irish Guard and served in Palestine, however, whilst there, was court-martialled for siding with the Palestinian Liberation Organisation and stealing British trucks for them. In the 1950s, Dooley found himself working as a cleaner in St Martin’s College of Art and it was here that he made the decision to become an artist himself, later showcasing his first exhibition on the floors he used to sweep in 1962.
As well as Catholic, Dooley was a fervent Communist and it was these two themes that dominated much of his work. Although he shied away from the limelight, he took every opportunity to praise the workers of Merseyside who he called the ‘artists of the nation’.

Indeed, there are many stories of Dooley taking money earned from commissions to picket lines, as well as commissions arranged with the sole intention of raising funds for workers. At the time of his death, it was noted by friends and associates that, although Dooley had enjoyed success as an artist, he hadn’t much to show for it as he’d given everything away.

Seeing success as a sculptor for over 40 years, Arthur Dooley was one of Liverpool’s most delightfully contrary sons, who never gave up the Scouse traditions of working-class solidarity and speaking truth to power. He was a man of the people and a guardian of the city. WoW is very proud to breathe new life into his work. 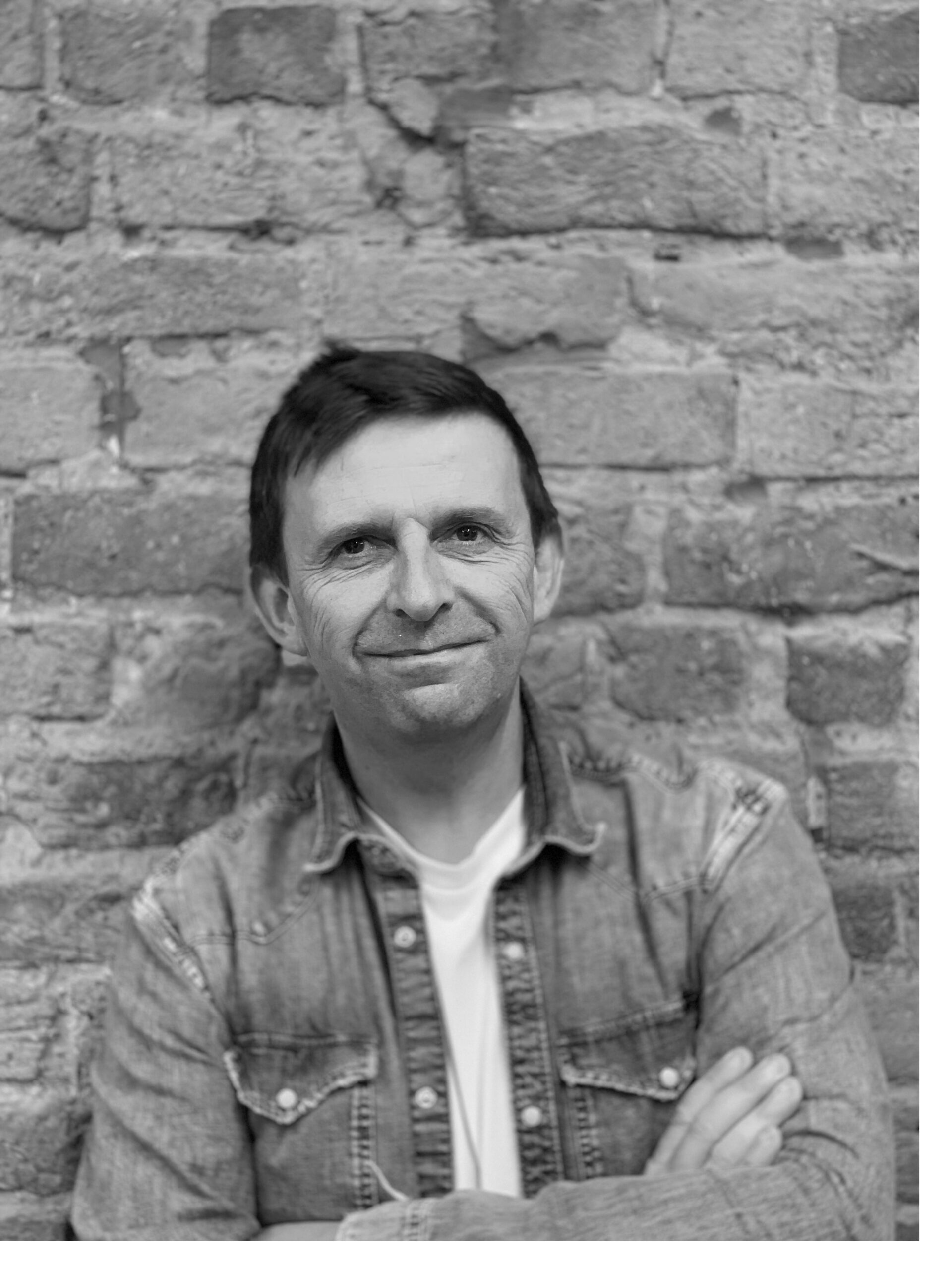 We have teamed up with architect Daniel Smith who designed the Merseysounds structure. Daniel’s own personal connection to the history of the project became apparent when we learnt that his own father worked was a steel erector of the original podium.

He is the Founder of SMITH YOUNG, an award-winning design-led practice based in Liverpool. The practice has over 50 years of combined experience working on a variety of project types across the UK.

Special thanks to all our collaborators who have helped bring together the installation and soundscape.
We'd like to give a special thank you to Janaya Picket for the co-ordination of this project, Amanda Quiggas the sound designer, Simon Banks the sound engineer, and the contractors whose work made Mersey Sounds a possibility.

Voices on the Soundscape