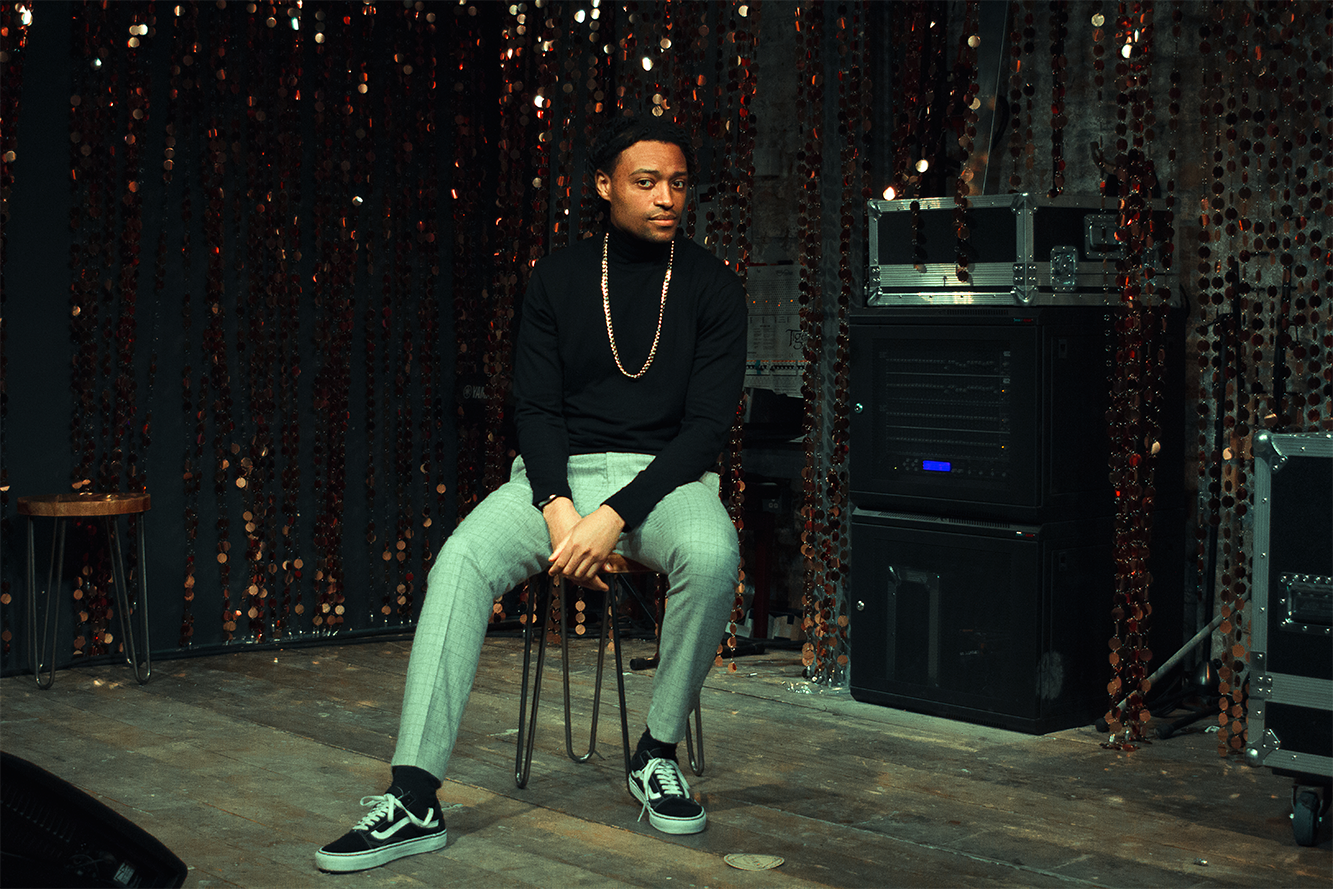 Daniel Sebuyange, known professionally as Blue Saint, is a Congolese and British rapper, singer-songwriter, spoken word poet, actor, producer and designer. Over his music career he has developed an eclectic musical style that draws on a range of influences and genres, often combining and blending elements of hip-hop, RnB and electronic music. Blue Saint’s music lyrically incorporates a range of political, social, philosophical and cultural references with themes usually centred around social injustices. His projects tend to be conceptual in nature.

A part of Writing on the Wall’s Liverpool Young Writers at the ages twelve to sixteen, winner of The Poetry Society’s SLAMbassadors Award at fourteen, a MOBO BeMOBO Award nominee at the age of fifteen and winner of Merseyrail Soundstation 2014 at the age of twenty, a prize celebrating breaking new talent in the Liverpool music scene. Blue Saint has also gone on to receive various accolades and achievements for his music, community work and activism. He was included in Liverpool Echo’s “30 under 30: The young people changing the face of Liverpool in 2020”.

Throughout his years he has performed at events alongside UK chart topping artists such as Ed Sheeran, Plan B, Wretch 32, Akala, Sway, Lowkey, Benjamin Zephaniah and Jerry Dammers of The Specials, as well as American artists such as Pharoahe Monch and Saul Williams. He has performed in many places including the Royal Festival Hall, the Royal Albert Hall, Somerset House, Sofar Sounds and has also collaborated with the Royal Northern College of Music session orchestra.

His semi-autobiographical concept EP series titled Enter Mynd has received great media attention and support from media outlets such as GetIntoThis,  Bido Lito! Magazine, BBC Introducing and Capital Liverpool (previously Juice FM) as well as being featured in various newspapers and articles from the local (Liverpool Echo) to the national (The Independent and The Skinny).