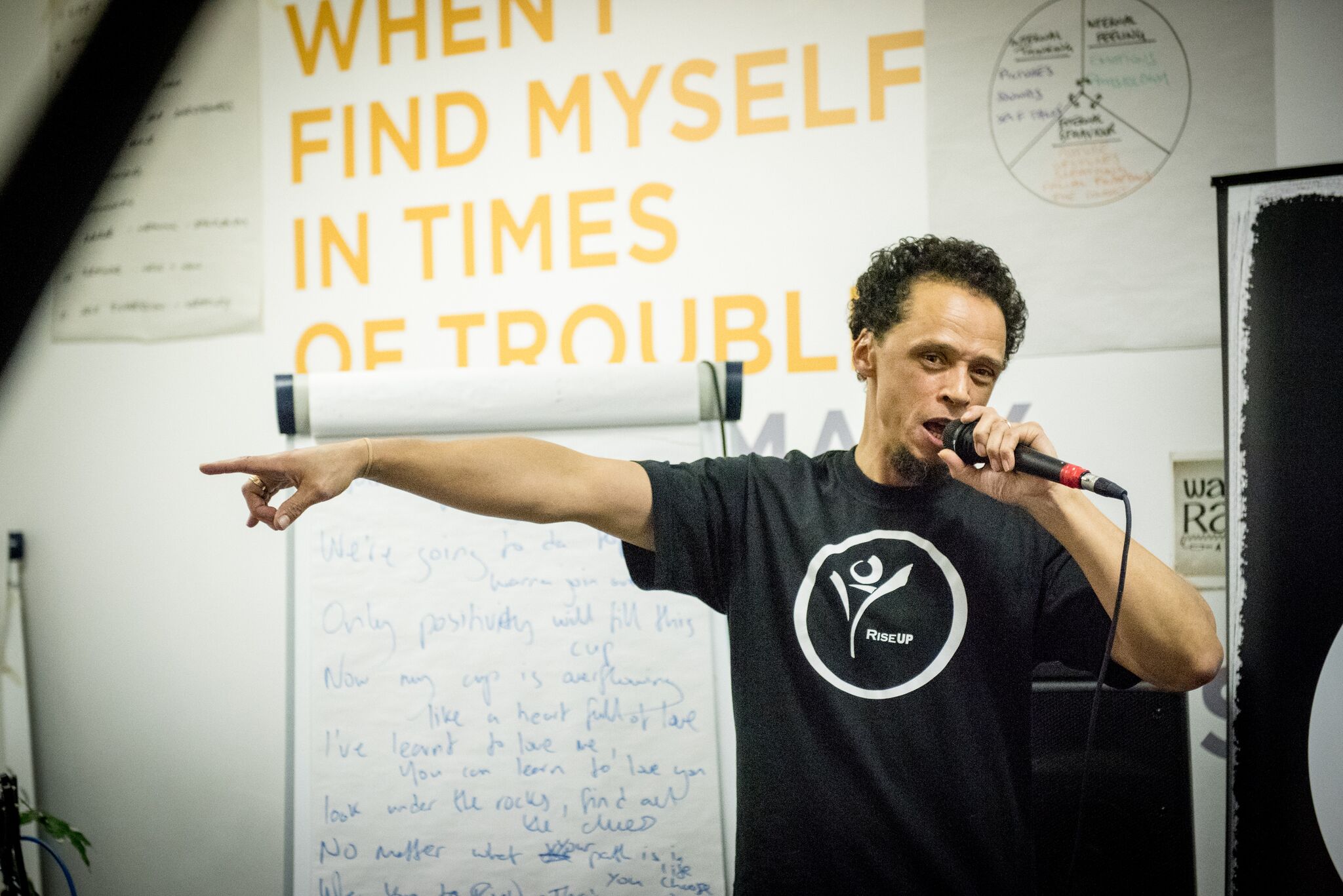 Ashleigh Nugent is a writer, performer, and Creative Director at RiseUp CiC. He has written for poetry anthologies, academic journals, magazines, blogs and theatre.

His latest work, ‘LOCKS’, is a novel based on the time he spent his 17th birthday in a Jamaican detention centre. ‘LOCKS’ won the 2013 Commonword Memoir Competition. Both the book and his one-man-show have received rave reviews from audiences, magazines and blogs. Liverpool Literary Agency is currently working to secure mainstream distribution for ‘LOCKS’.

Ashleigh’s company, RiseUp, empowers prisoners to turn their lives around by taking control of their own thoughts, feelings, and actions.